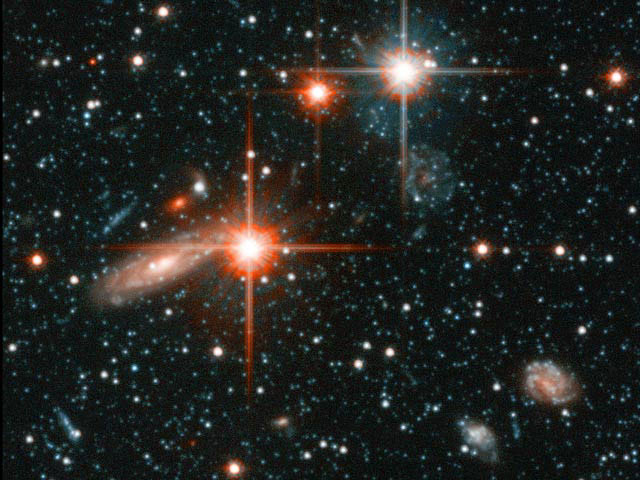 Third-generation activity theory (3GAT) has become a popular theoretical and methodological framework for writing studies, particularly in technical communication. 3GAT involves identifying an object, a material or problem that is cyclically transformed by collective activity. The object is the linchpin of analysis in the empirical case. Yet the notion of object has expanded methodologically and theoretically over time, making it difficult to reliably bound an empirical case. In response, this article outlines the expansion of the object, diagnoses this expansion, and proposes an alternate approach that constrains the object for case-study research in writing studies. 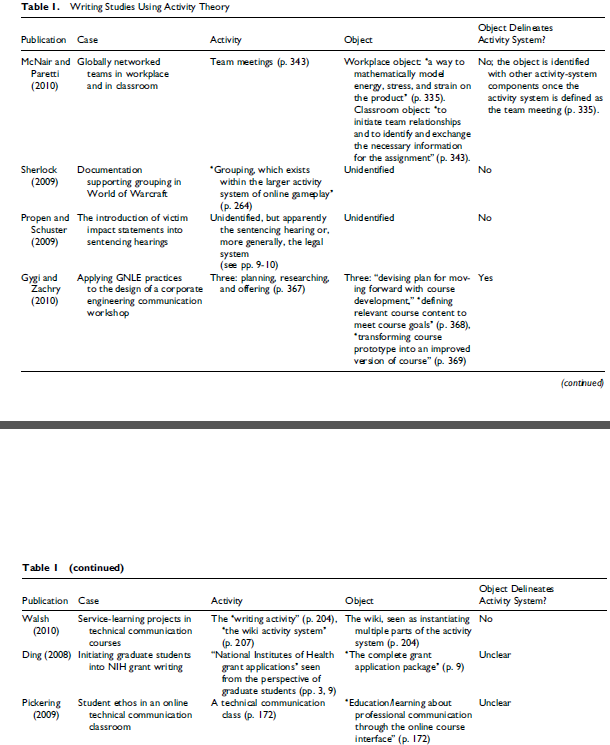 Spinuzzi concludes that because only one study unambigously uses the object as a sense maker to define   the activity of the group, studies employing 3GAT in WS aren’t providing a clear unit of analysis (450). 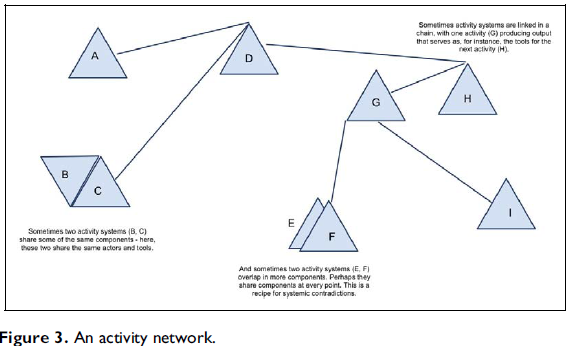 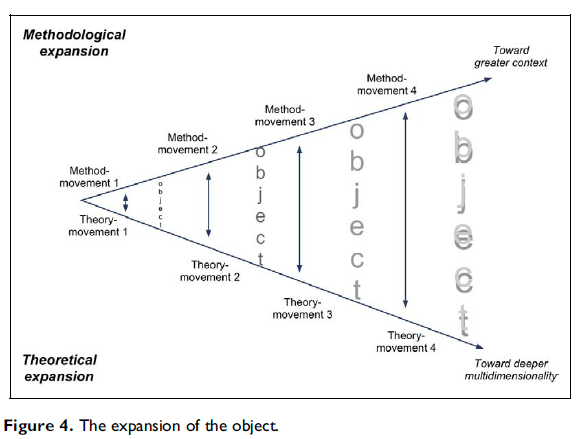 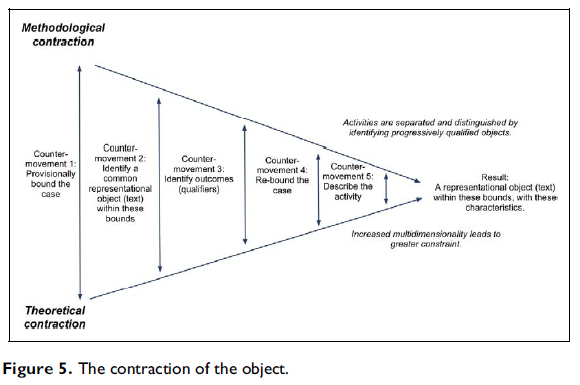