Here’s a great outline from the rhetoric resource at BYU: 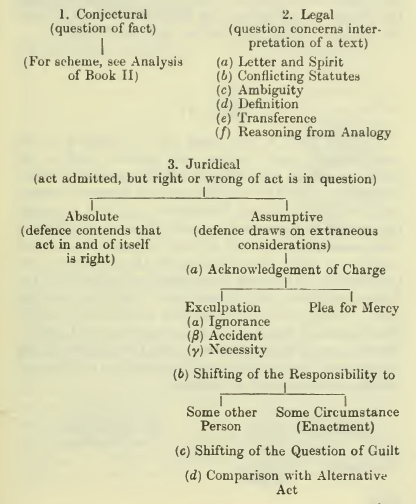 Book II: This book is dedicated to discussing the most difficult kind of cause to prove: the judicial; further, it is also concerned with discussing invention in the

There are six different divisions for the “conjectural clause” that is at issue in judicial debate.  Here’s another lovely graph that visualizes the work that the author is doing in this book: 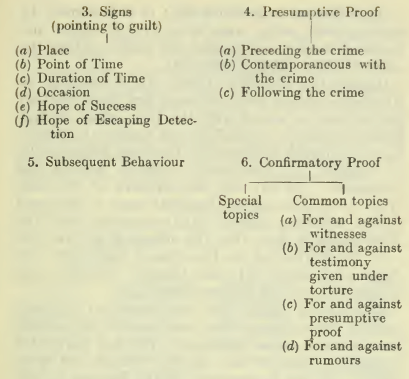 In these subdivisions – especially that of “confimatory proof” we see a lot of Aristotle’s descriptions of the topoi.  In sections 28-30 we also get the Roman/Latin designation/formalization of the parts of any argument: Proposition (exordium), Reason (narration), Proof of Reason (divisio), Embellishment (confirmatio), and Resume (confutatio?).  The conclusion is also discussed: it needs to 1) sum up; 2) amplify; and 3) appeal to pity.

Book III: This book deals primarily with deliberative and epideictic oratory.  It also considers the rhetorical canons of arrangement, delivery, and memory.  In deliberative speech, the author aims at securing “Advantage” which is, of course, composed of a bunch of subdivisions: 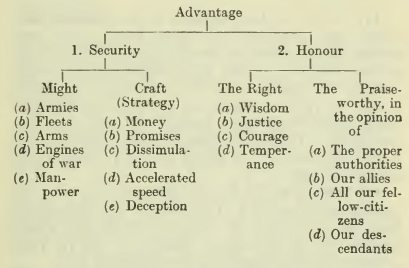 In chapters 7-9 we find the formal arrangement reiterated for the deliberative cause.  Turning next to the epideictic, the author illustrates that it too is composed of three subections (with attendant subject matter contained therein):

Interestingly arrangment is conceived of in both dynamic and static terms in this section.  Dynamically, arrangement is discussed in section 17 as something that is contextual and arises as the situation dictates.  Statically, arrangement is considered at the level of the entire argument and also at the level of individual arguments.  Turning next to delivery, the author divides it up thusly: 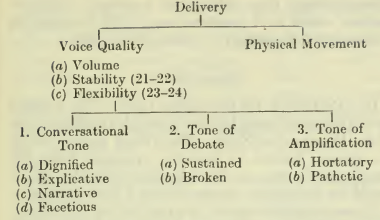 Book IV : On Style – I think it is really interesting that the author of this treatise recourses to using examples as testimony for the stylistic devices of oratory and writing.  What I mean is that s/he doesn’t necessarily need to invent new examples, but relies on expert testimony from other ancients to create his classificatory scheme for style.  I guess this is something of a pedagogical conversation wherein the author is discussing what constitutes the appropriate content for the teaching of stylistic devices.

Next the author outlines the three kinds of style: Grand, Middle, and Low (or Simple).  The conversation on style then turns incredibly classificatory.  Here’s a visual representation of what’s going on in Book IV: 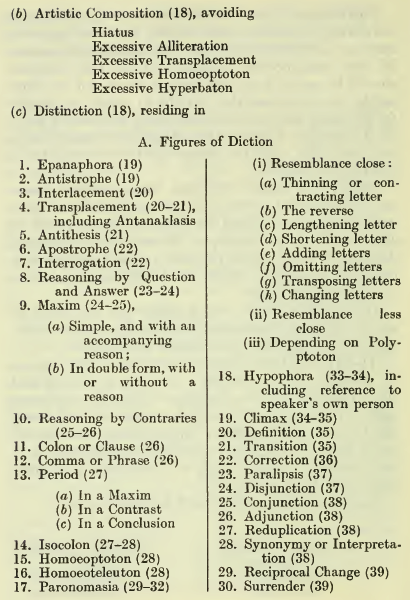 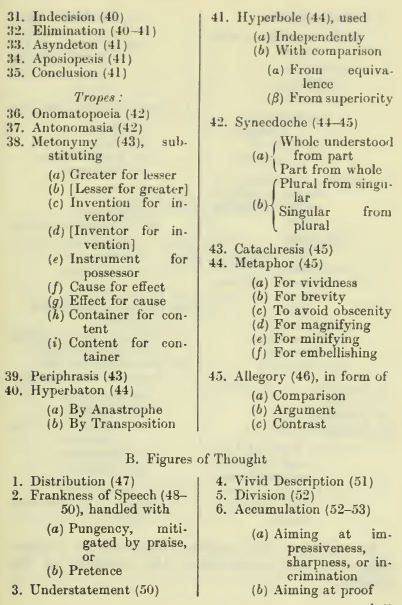 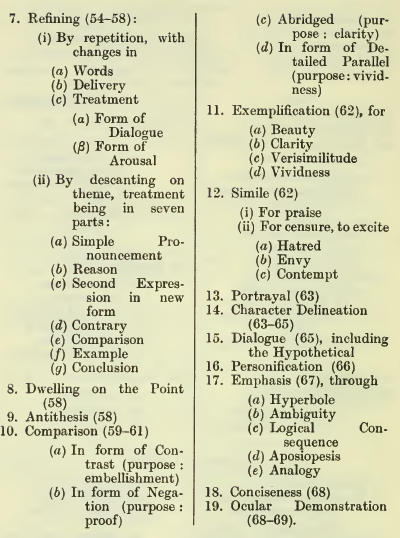