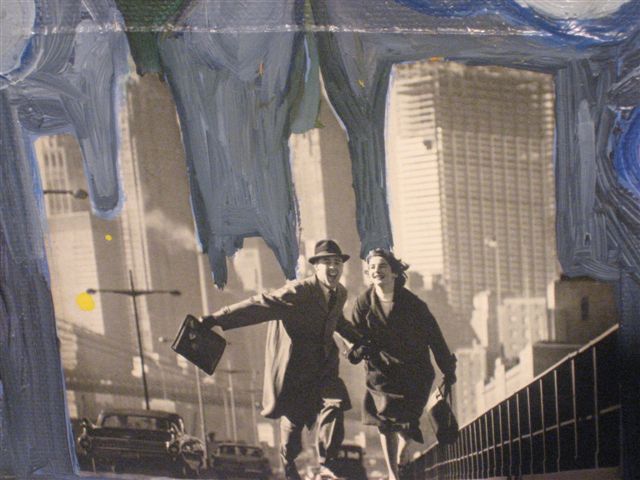 Sanchez – The Function of Theory in Composition Studies

Chapter One:  The Current State of Composition Theory

Chapter Two:  The Discourse of Knowledge in Composition Theory

1.     It seems like Sanchez might have something of a chicken and egg problem here:  Which came first philosophical ur-terms like knowledge and ideology that manifest through writing or writing that structures the existence of philosophical ur-terms like knowledge and ideology?  In the first chapter Sanchez notes that “By redefining concepts as discursive tactics within a general framework of writing, composition theory can move closer toward explaining what writing is and how writing works in the world” (9).  What is this “general framework of writing”?  Is it the “arche-writing” that describes all human activity?  Is it the “vulgar” writing that we see inscribed on computers, screens, papers?  Or a blend? (If a blend, doesn’t it become interchangeable with ontology?  Again, I don’t necessarily see an escape from this form of dialectic that Sanchez is painting – perhaps they’re mutually constitutive and co-structuring rather than one or the other. . .

2.     It would seem that this is one of the first times I’ve read an argument against interdisciplinarity.  Locating writing as the ur-term turns our disciplinary gaze back unto ourselves only.  Is this ever a good idea?  While I certainly agree that the potpourri approach to theory is typically a bad idea, I wonder about the value of strict conformity to a single methodological approach.

3.     How can Sanchez claim that epistemic rhetoric looks for something else?  (20)  This occurs at the point where Sanchez hints at leaving rhetoric behind as well – another mere construct of writing.  Sanchez notes that a discussion of this sort happens in communications circles (21); however, he doesn’t go into it.  It’d be great if his book was a tad longer and he could take in some of those other critiques of Berlin/social-epistemic rhetoric.

4.     I think there are connections to be drawn between Sanchez’s generative, grammatological theory of writing and the approach(es) advocated by Hawk to understand writing subjects as singularity(ies).  This is perhaps most clearly articulated by Sanchez on 79-81 when he sketches the contours of enunciative writing theory.  Thoughts?

5.     The difference between ideology and hegemony: is hegemony just a far larger-scale operation that is coercive rather than imaginative – or both?  Gramsci’s cultural hegemony and Althusser’s ideological state apparatus’ seem similar; however, Althusser’s ISAs seem a little more short-sighted than Gramsci’s articulation of multi-layered hegemony.

6.     Sanchez constantly excoriates Berlin for teaching the interpretation of signs rather than the production of them; however, I wonder what else there is (supposedly he’ll tell me in the last chapter).  What I mean is if writing – in the grammatalogical sense – is a priori to knowledge, culture, and ideology then isn’t the teaching of written reception just as important as teaching written production. . . I know that reception means interpretation which is a big no-no; however, how can you teach production without an attendance to reception?  Chicken-Egg problem again I think, maybe?!?  According to Sanchez, “composition theory should examine the acts of control, resistance, adaptation, and accommodation that composing subjects who are both producers and products of discourse carry out” (71).  Doesn’t this mean you must interpret the symbol systems and power codes that writing is constantly in the act of critiquing and producing?

One Response to “Sanchez – The Function of Theory in Composition Studies”