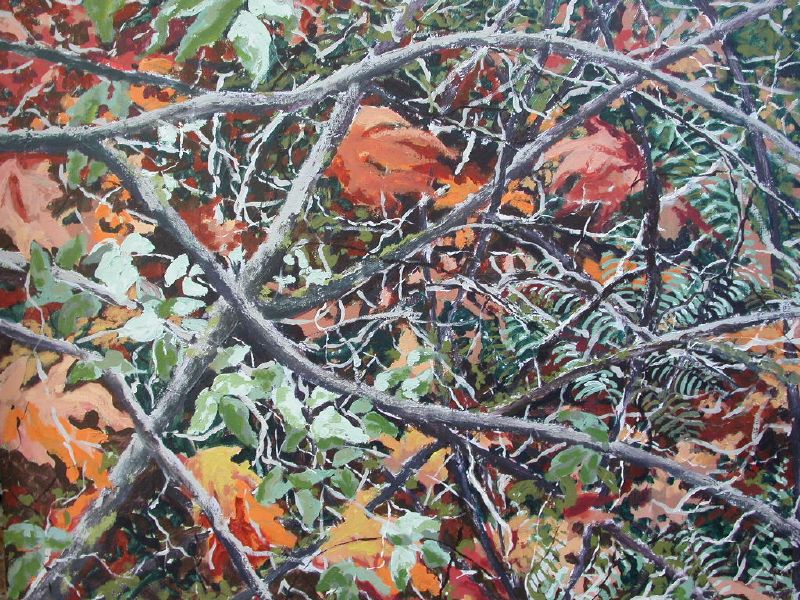 Drawing on a study of writers reusing content from one document to another, this study examines the rhetorical purpose of reuse. Writing reuse is predominantly studied through the literature on single sourcing and enacted via technologies built on single-sourcing models. Such theoretical models and derivative technologies cast reusable content as contextless and rhetorically neutral, a perspective that overlooks the underlying rhetorical strategies of reuse. The author argues for a new understanding of reuse as a rhetorical act of creating hybrid utterances that gather their rhetorical strength by assembling ever larger and denser actor networks. 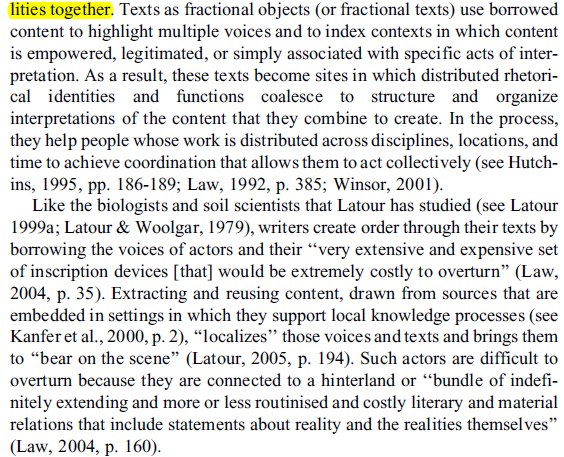 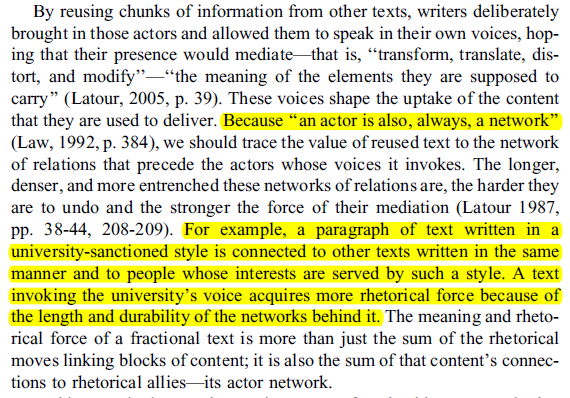